Exploratory testing is a style of testing that emphasizes a rapid cycle of
learning, test design, and test execution. Rather than trying to verify that
the software conforms to a pre-written test script, exploratory testing
explores the characteristics of the software, raising discoveries that will then be
classified as reasonable behavior or failures.

The exploratory testing mindset is a contrast to that of scripted
testing. In scripted testing, test designers create a script of tests, where
each manipulation of the software is written down, together with the expected
behavior of the software. These scripts are executed separately, usually many
times, and usually by different actors than those who wrote them. If any test
demonstrates behavior that doesn’t match the expected behavior designed by the
test, then we consider this a failure.

For a long time scripted tests were usually executed by testers,
and you’d see lots of relatively junior folks in cubicles clicking through
screens following the script and checking the result. In large part due to the
influence of communities like Extreme Programming, there’s been a
shift to automating scripted testing. This allows the tests to be executed
faster, and eliminates the human error involved in evaluating the expected
behavior. I’ve long been a firm advocate of automated testing like this, and
have seen great success with its use drastically reducing bugs.

But even the most determined automated testers realize that there are
fundamental limitations with the technique, which are limitations of any form
of scripted testing. Scripted testing can only verify what is in the script,
catching only conditions that are known about. Such tests can be a fine net that
catches any bugs that try to get through it, but how do we know that the net
covers all it ought to?

Exploratory testing seeks to test the boundaries of the net, finding new
behaviors that aren’t in any of the scripts. Often it will find new failures
that can be added to the scripts, sometimes it exposes behaviors that are
benign, even welcome, but not thought of before. 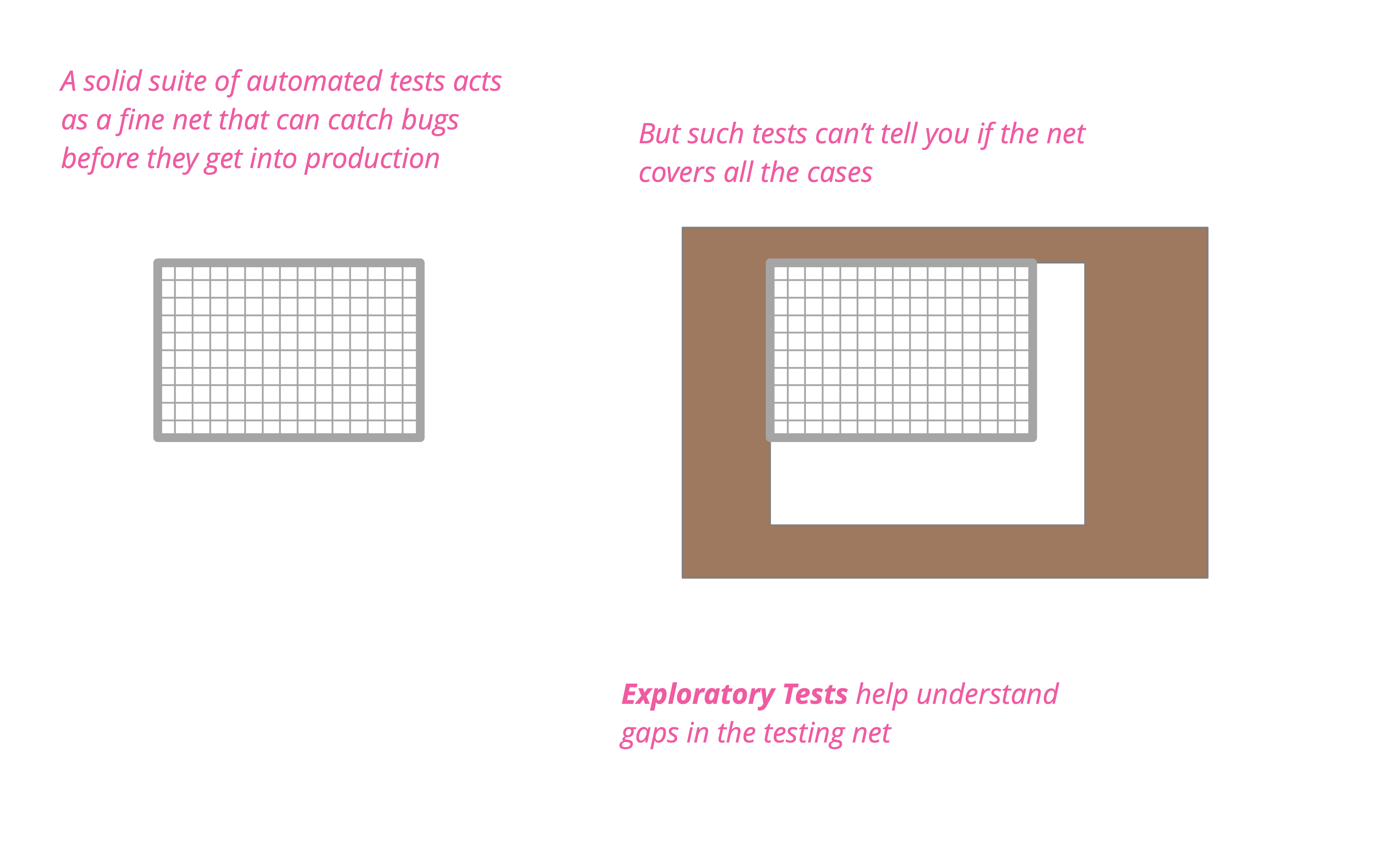 Exploratory testing is a much more fluid and informal process than scripted
testing, but it still requires discipline to be done well. A good way to do
this is to carry out exploratory testing in time-boxed sessions. These
sessions focus on a particular aspect of the software. A charter that
identifies the target of the session and what information you hope to find is
a fine mechanism to provide this focus. 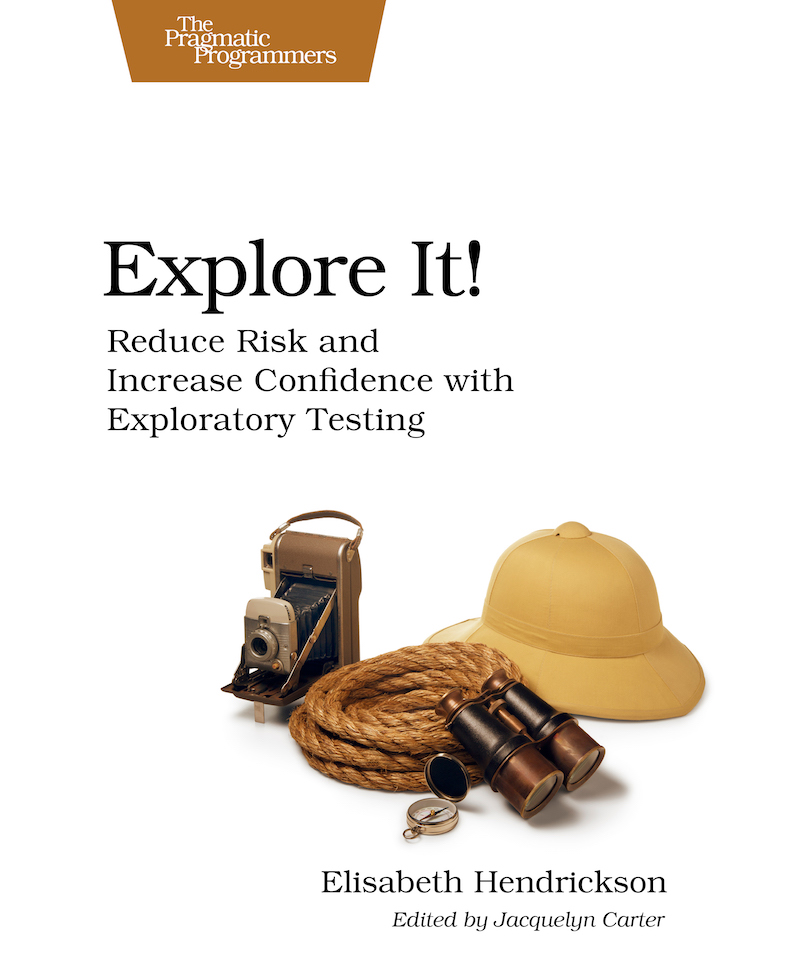 Elisabeth Hendrickson is
one of the most articulate exponents of exploratory testing, and her book

is the first choice to dig for more
information on how to do this well.

Such a charter can act as focus, but shouldn’t attempt to define details of
what will happen in the session. Exploratory testing involves trying things,
learning more about what the software does, applying that learning to generate
questions and hypotheses, and generating new tests in the moment to gather
more information. Often this will spur questions outside the bounds of the
charter, that can be explored in later sessions.

Exploratory testing requires skilled and curious testers, who are
comfortable with learning about the software and coming up with new test
designs during a session. They also need to be observant, on the lookout for
any behavior that might seem odd, and worth further investigation. Often,
however, they don’t have to be full-time testers. Some teams like to have the
whole team carry out exploratory testing, perhaps in pairs or in a single mob.

Exploratory testing should be a regular activity occurring throughout the
software development process. Sadly it’s hard to find any guidelines on how
much should be done within a project. I’d suggest starting with a one hour
session every couple of weeks and see what kinds of information the sessions
unearth. Some teams like to arrange half-an-hour or so of exploratory testing
whenever they complete a story.

If you find bugs are getting through to production, that’s a
sign that there are gaps in the testing regimen. It’s worth looking at any bug
that escapes to production and thinking about what measures could be taken to
either prevent the bug from getting there, or detecting it rapidly when in
production. This analysis will help you decide whether you need more
exploratory testing. Bear in mind
that it will take time to build up the skill to do exploratory testing well, if you haven’t
done much exploratory testing before.

, which is also where I
pinched the net metaphor from.